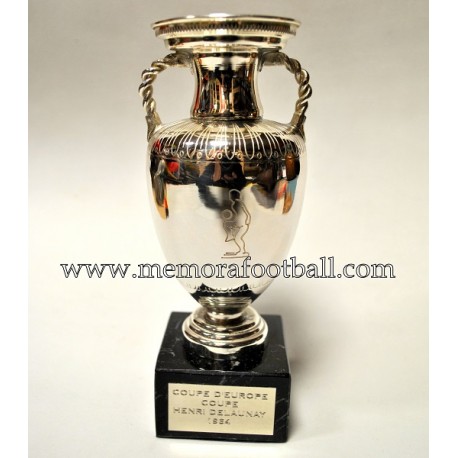 - The trophy sent is its original box

- Made of nickel silver, silverplated with marble base

- Made in Spain by Joyeros Alegre (Madrid)